Why is male infertility on the rise in India? 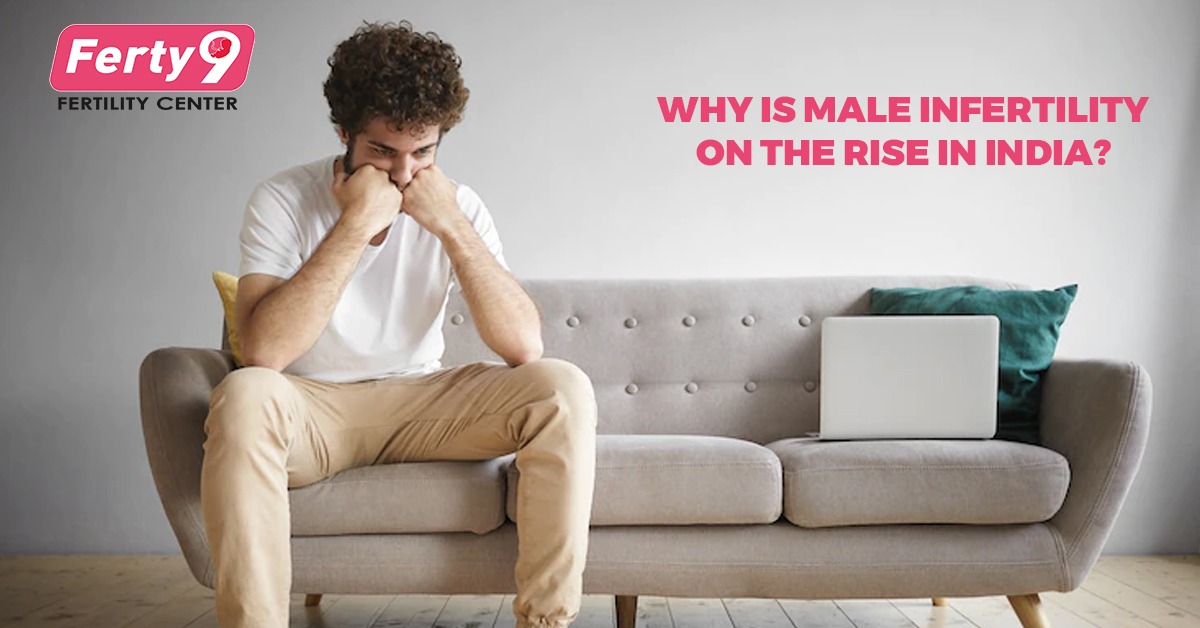 Infertility treatment for male is a way out for childless couples to have a healthy baby. By visiting male infertility centers in Hyderabad all doubts can be clarified about infertility.

Infertility happens to be a significant health problem affecting several couples. Over the last few years, it has been observed that there has been a declining trend in semen quality which became of major concern. When a couple is diagnosed with fertility-related issues, the woman is usually held responsible. Based on nature problems can be with infertility existing among both men as well women. Infertility is understood as a health issue whereby it involves the failure to achieve a pregnancy after 12 months of regular unprotected intercourse. Zit is not just a female problem, but the male can also be equally responsible.

According to experts, the very root cause of male infertility does remain undetermined and in several cases, the reason is not known. Out of known causes, few cases account for semen quality issues and also due to infections and varicocele (a condition which refers to the swelling of the veins.)

Studies are indicating that not only is infertility increasing among Indian men, but their sperm count, as well as sperm quality too, is also taking a beating on account of “xenobiotics emanating from chemical industries”. Infertility treatment for male can be sought from qualified doctors.

Doctors do admit that fertility issues such as polycystic ovary syndrome and decline in seminal quality can be on the rise in India, similar to Western countries although no proper data is available on this effect.

A large number of couples, in fact, millions, are diagnosed with infertility in India every year. The government is indeed taking the required steps to deal with this health issue and curb environmental pollution to check the problem. Patients can seek help from male infertility centers in Hyderabad.

As mentioned earlier, in medical opinion, a couple who fails to achieve conception even after a year of unprotected intercourse is usually considered infertile. The test for male infertility is simply a semen analysis. In case the doctor observes any sort of abnormalities, he or she advises the patient to repeat the test after some time. Male fertility is established only after persistently abnormal semen analysis and can also be attributed to several reasons. It could be on account of childhood infections, hormonal disorders, genetic factors, physical abnormalities, smoking as well as alcohol consumption, sexually transmitted diseases, and lifestyle & stress.

While the other factors do remain the same, it is the lifestyle changes and stress that have risen sharply thus causing infertility. People are in hurry these days be it in their personal lives or official and are under constant stress either to deal with everyday problems or office targets. The dietary habits also have undergone tremendous changes on account of stressful lifestyles. Daily routines have changed and also consumption of fast meals or a having quick meals has gone up. No time for proper meals. Family members have no time to meet each other often. Tensions and worries have gone up, be it financial or family matters. Both husband and wife are often at loggerheads.

Physical activities have indeed gone down and problems have arisen about work-life balance. These factors combined with smoking or alcohol consumption tend to increase the risks of infertility even more.

Thus, childless couples can go in for infertility treatment for male.

8 Points to Keep in Mind while Choosing the best Gynecologist

10 tips to get prepared for the baby’s arrival